You are here: Home / About / Links Scene in a Mexico City hotel, a reminder of the many serendipitous encounters on such trips

David Oakey and Janine Benyus in his studio in Georgia, during a Biomimicry 3.8 Institute board meeting

This section is an updating of an earlier listing of some of the organizations and initiatives that I recommend people get in touch with and, ideally, support. And, of course, pride of place in my heart is taken by Volans and by its sibling, SustainAbility. But, first, a few comments on what makes relationships with such people and organisations involved “sticky,” at least for me.

Clearly, they have to be doing important, effective work. But longer term the key, at least for me, is to build a portfolio of engagements that mean that you can both have a diversified impact and also, critically, have fun as you go along. In the early days of SustainAbility we had a 3-point mission: to make a difference, to make a profit (we were, after all, a business) and to have fun (and learn) in the process. I can remember things that come in threes.

Elements of this philosophy are indicated in the images immediately below, dating from a visit Elaine, Pamela and I made to The Eden Project and the Lost Gardens of Heligan some years back. Founder Tim Smit, also a member of the Volans Advisory Board, gave us the most wonderful guided tour. The fun element hopefully comes through.

My earlier selection of proposed links stands, but I have updated several, dropping a couple that had closed, and added a number of new initiatives. So here’s my current A-to-Z:

A leading organization in the field of social entrepreneurship.

Aims to make everyone a changemaker.

Spreading the word on socially responsible investment in Asia.

Both Volans and SustainAbility are now certified B Corps.

Spin-off from Amnesty. I was on the board of trustees until 2007—and am now a Senior Advisor.

If you don’t already know them and their work on stranded assets,  take a look.

Originally founded as the Valdez Society in the wake of the 1989 Exxon Valdez disaster, CERES has been a partner in such areas as reporting and corporate governance.

One of the most delightful NGOs, blending the arts and environment, promoting everything from parish maps to apple days.

Formed with funding from a private equity investor, the late Nigel Doughty, and with David Grayson as Professor. I am a Visiting Professor.

Lester Brown is, as they say, The Man. And he has been for many decades. A brilliant guiding star in the sustainability space.

Our daughters, Gaia and Hania, have both done Earthwatch projects in Baja California – and found the process transformational.

As they say, “if you believe there should be a place … that celebrates life and puts champagne in the veins … is all about education but doesn’t feel like school …to hold conversations that might just go somewhere … where research isn’t white coats in secret but shared exploration to help us all … that is a sanctuary for all who think the future too precious to leave to the few – because it belongs to us all. Then welcome.”

Another of my favourite organisations in the field of social entrepreneurship.

They fund legal actions in defence of the environment. I was on ELF’s Council for years.

Britain’s leading environmental information source for business. I was part of the founding team in 1978.

Friends of the Earth

One of my favourite environmental NGOs.

These people do great work on defining the methodologies for environmental footprinting, at all levels of the economy, but critically at the level of countries, where it can impact things like bond markets.

Long may they rule the waves and waive the rules.

Since we met in 1986, nothing has been the same. We co-founded SustainAbility in 1987 and wrote 8 books together.

The Foundation is committed to sustainable ecosystem thinking. Its primary objective is to raise money to support and promote the pioneering work and principles of Dr. René Haller, a Swiss naturalist, working in Kenya.

As a cyclist, traveling from Barnes to Hyde Park Corner, and more recently to Holborn and then Bloomsbury, I have found them hugely useful.

It’s a real pleasure to support them.

MSF is an international humanitarian aid organisation that provides emergency medical assistance to populations in danger in more than 80 countries. In countries where health structures are insufficient or even non-existent, MSF collaborates with authorities such as the Ministry of Health to provide assistance. MSF works in rehabilitation of hospitals and dispensaries, vaccination programmes and water and sanitation projects. MSF also works in remote health care centres, slum areas and provides training of local personnel.

I co-founded The Other Economic Summit (TOES), from which NEF was a spin-out and was a Patron of NEF for many years.

A San Francisco-based venture capital fund where I sat on the Advisory Board. They focus on health, wellbeing and sustainable lifestyles.

The Schwab Foundation for Social Entrepreneurship

Founded by Jeff Skoll of eBay and Participant Productions, the Foundation granted-aided SustainAbility and then Volans over a period of three years.

Among many other things, co-founded by Julia Hailes and I in 1987. I like their recent work on sustainable business models.

The Roll was opened in 1987. Julia and I were elected to the Global 500 Roll of Honour in 1989 for “outstanding environmental achievements.” Now dubbed ‘The Champions of the Earth’.

Helping the Future Take Flight. I am loving our work on Breakthrough Capitalism. And our next book, The Breakthrough Challenge, launched in September 2014.

Convenes some of the most influential summit meetings. For seven years from 2002, I spoke at these events and facilitated sessions—in New York, Davos, Palo Alto and Dalian, China.

I worked with them during the 1980s and several SustainAbility people have come across from WRI.

I raised money for them in 1961, aged 11, and have worked with them many times over the years, among other things now being on the WWF UK Council of Ambassadors.

Where I serve on a Cleantech Industry Advisory Board. 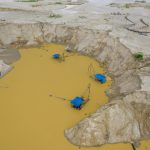 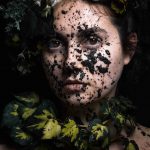 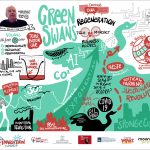