You are here: Home / About / Personal My 60th birthday poster in 2009, from Volans, designed by The Value Web. Thanks to Sam and Alfredo Carlo.

Those who know me—or observe me from a safe distance—often note that my life seems to be inseparable from my work. True. Too often, I regretfully admit, my privilege has been their pain or inconvenience. I thank them—particularly my family and close colleagues—for their ongoing tolerance and support.

People often observe that I am mission-driven. True, again. Having woken up to the natural world in places like England, Northern Ireland and Cyprus in the 1950s, and then having raised money for the fledgling WWF when away at prep school in 1961, I have been lucky enough to be involved in the environmental and sustainability movements more or less since their inception.

Along the way, a vast array of people have influenced me, some of whom I spotlighted in the first edition of this website under the headings ‘Family,’ ‘Education’ and ‘Other People’. They ranged from early teachers, through writers like Frank Herbert, to a still-expanding spectrum of colleagues and friends in the field.

The range of influences reflects the range of my interests, extending from stained glass to ultra-high technology—a spectrum neatly captured in the image below of part of the Large Hadron Collider, the round element of which looks like today’s version of a medieval rose window. An image of the Large Hadron Collider at CERN, from an exhibition at the Science Museum

Rather than update that original listing, I have chosen simply to archive here the original versions of the ‘Influences’ section. But I would be remiss if I didn’t include here at least some mention of some of the people who have had a significant impact on my subsequent thinking, work and peace of mind.

As for personal interests, my Who’s Who entry has the following to say about my recreations: “playing with ideas, thinking around corners, conversations with unreasonable people, reading an Alpine range of books (history to science fiction) and US business and science magazines, risking life and limb as a London cyclist, catch-it-as-you-can photography, art and design, writing all hours, pre-1944 aircraft, New World wines, 20th century popular music–and Johann Strauss II.”

And now for a brief review of five different—but often interlinked—sources of learning, inspiration and support:

I adore nature—and somehow seem to attract animals, from cod and snakes to this splendid macaw. 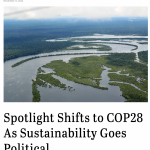 For more on this post I just did for the International Society of Sustainability Professionals (ISSP), see here. 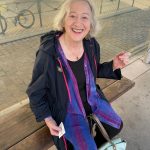 Clear evidence today that Elaine is enjoying herself with Hania in Bordeaux. Left at home, I had a couple of people from the Volans ecosystem across yesterday afternoon, then today had lunch at the Church Road restaurant with an old SustainAbility colleague and friend, Tell Münzing, who these days lives in Berlin. He picked an […] 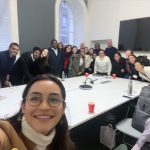 Wonderful to do my annual session with Cranfield masters students this afternoon, hosting them at Somerset House. They were guided across town from an earlier visit to Grant Thornton by David Grayson, an Emeritus Professor at Cranfield these days, who I last saw a few days back at Anthropy 2022. As a Visiting Professor at […]